The expression “thoughts and prayers” has been co-opted in today’s supercharged political discourse, where it has lost meaning and its value of comfort and empathy. Instead, the phrase has taken on a throw-away meaning that can be used as a social media post ultimately absolving the user of any real feelings or responsibility in a tragedy.

Robierb questions the currency of thoughts and prayers in today’s world, and furthermore suggests that the phrase is a token of fake support. Robierb’s Thoughts and Prayers soup cans and Prayers and Thoughts boxes play on the iconic Warhol Brillo boxes and Campbell soup cans that back then represented the pop culture movement towards mass-produced art. Robierb effectively illustrates how the same symbols can be used to describe today’s mass-produced feelings delivered in throw-away packaging. 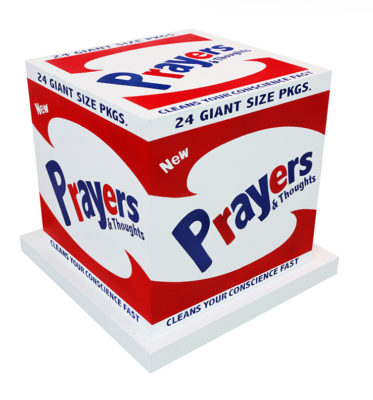 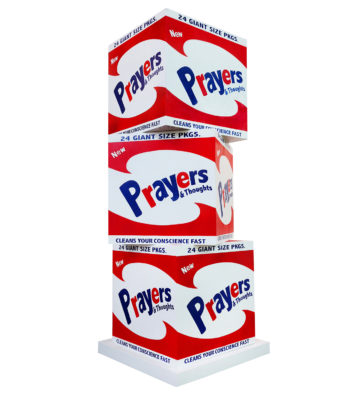 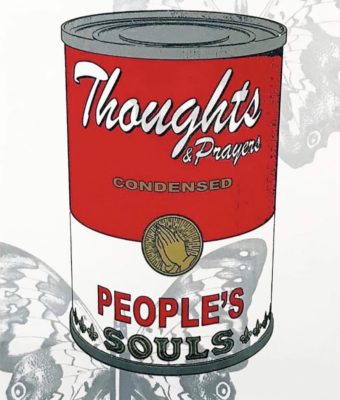 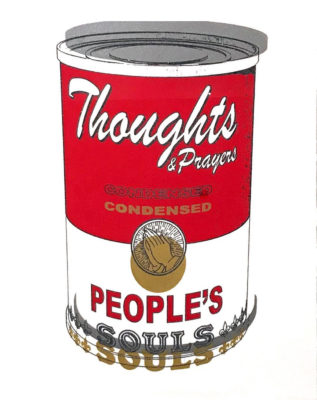 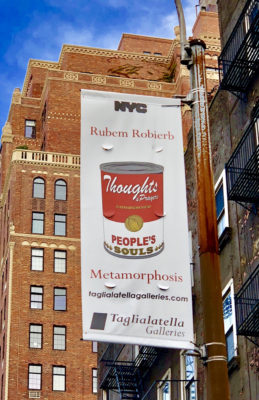 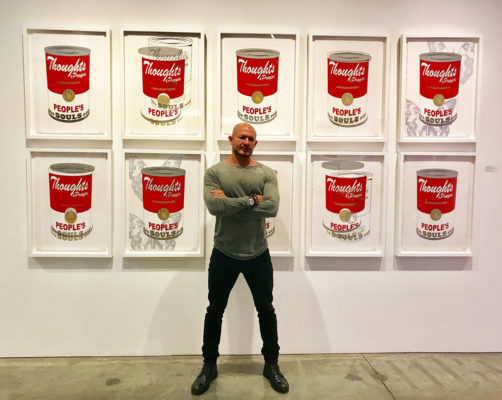 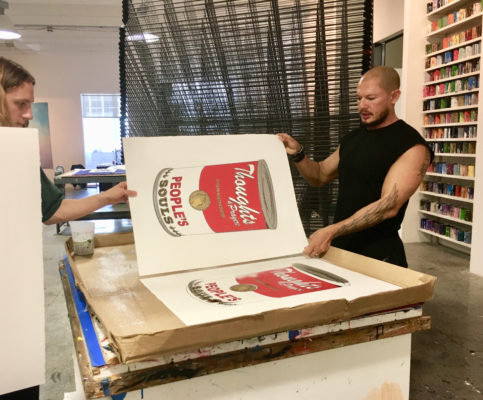 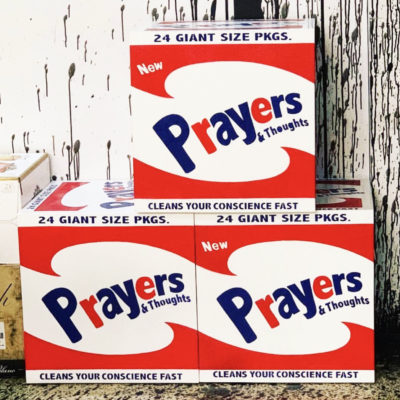 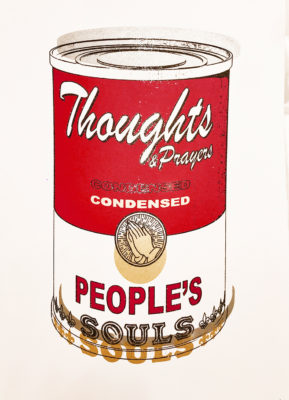 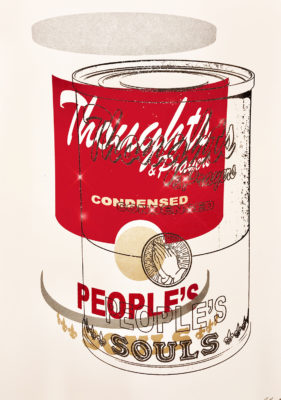 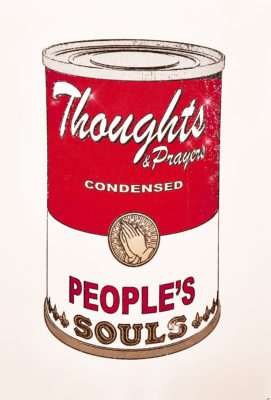 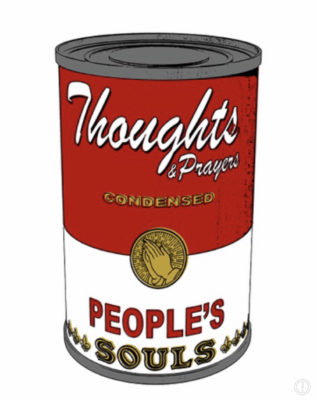 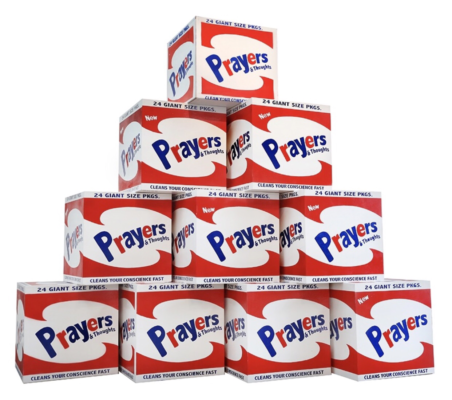 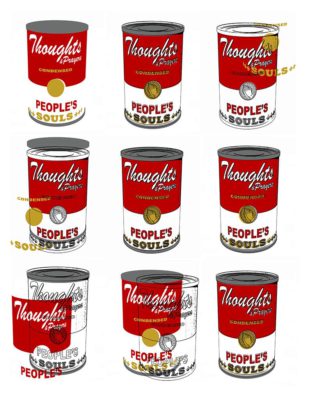