“Nothing represents transformation better than a butterfly.”

In 2015 Rubem Robierb was commissioned to create an expansive work of public art to grace the walls of the Shade Post in Downtown Ft. Lauderdale.

Robierb chose his well-known, transformational figures of the butterfly and the bullet to create large-scale murals on the building located in an area undergoing a rapid metamorphosis from challenged neighborhood to a hub of arts and culture as well as a valuable addition to the downtown transit zone.

The opposite figures of the bullet and the butterfly are not only a dramatic metaphor for transformation, but they also represent aspects of the male and female psyche and the swiftness with which our world transforms itself today. 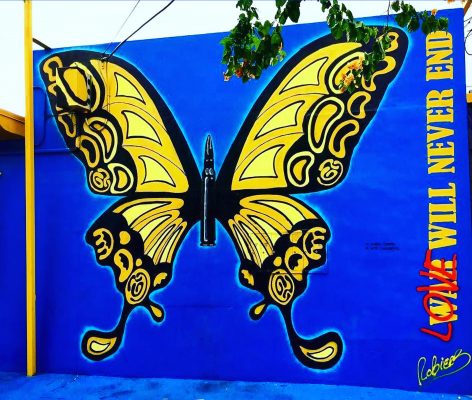 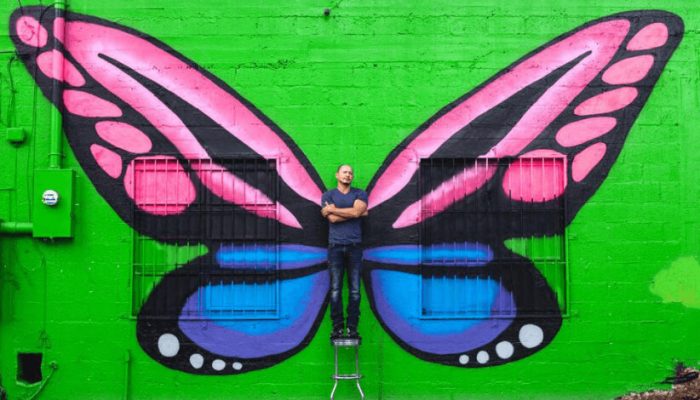 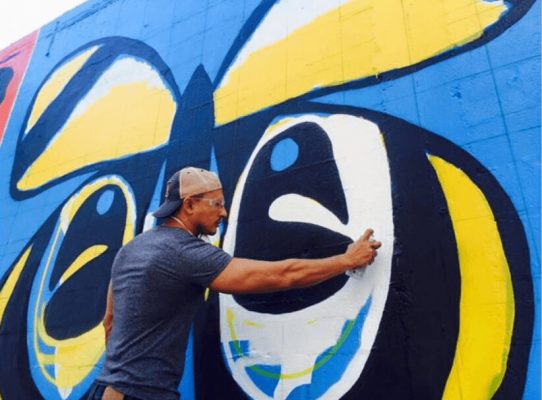 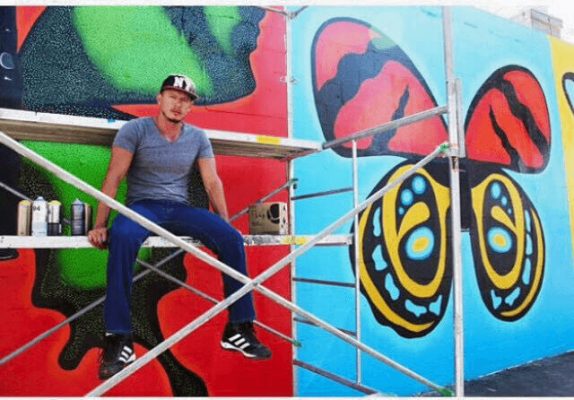 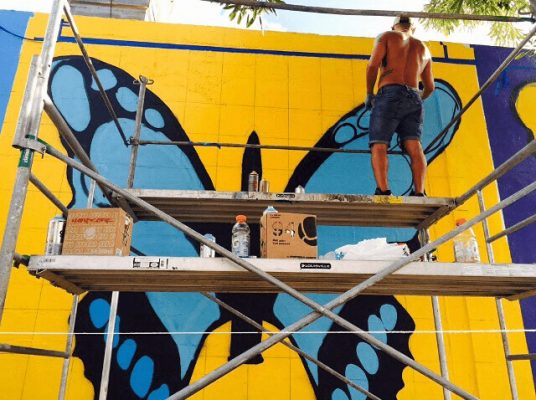 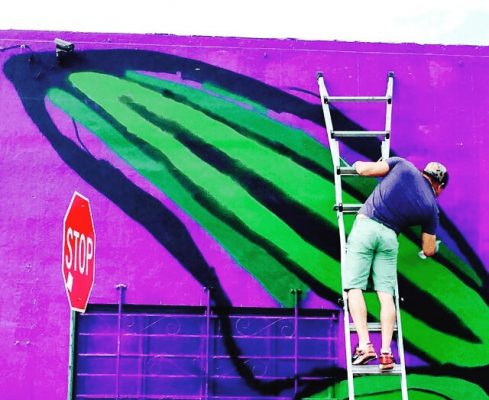 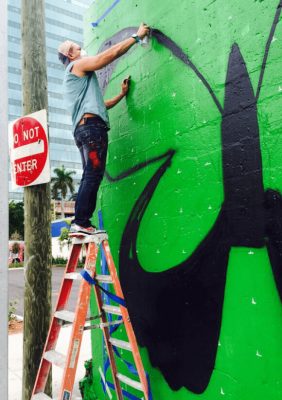 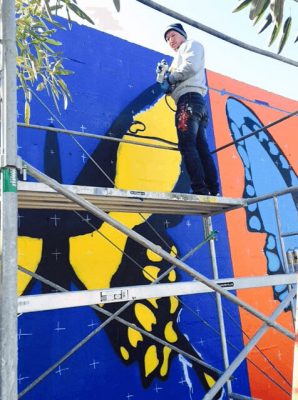 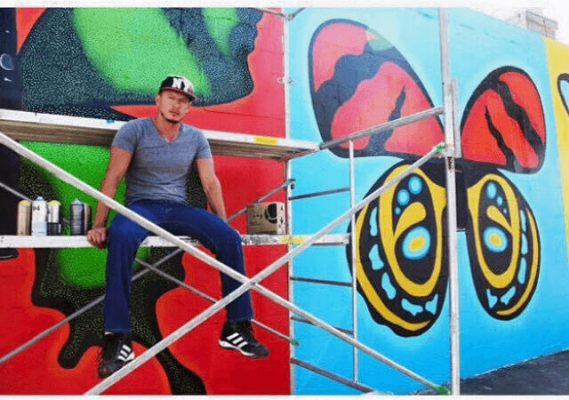 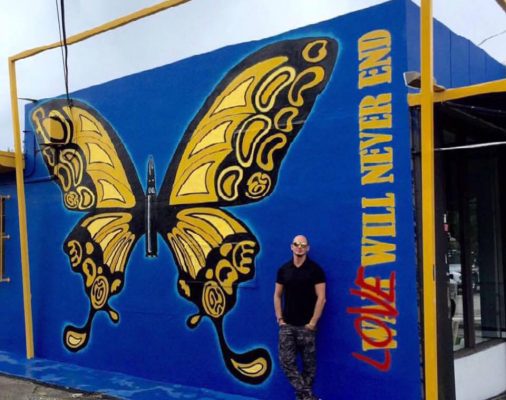 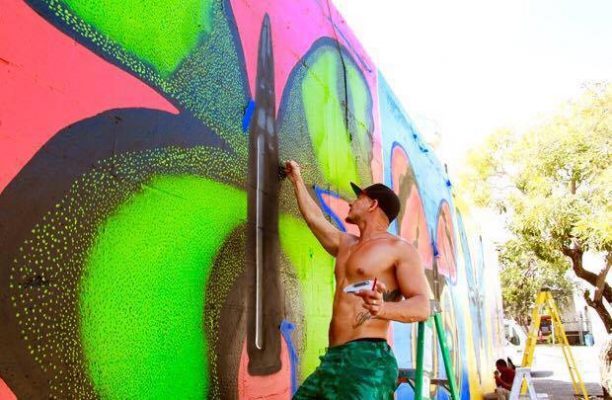